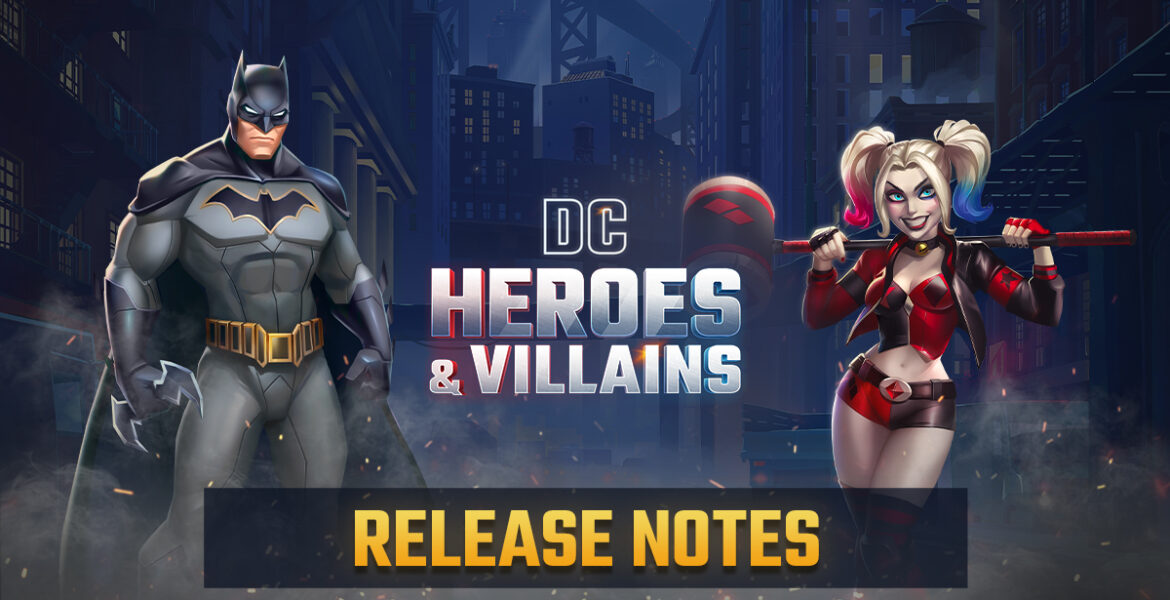 A new update will soon be available to all early access players of the game! This update brings new balancing and gameplay changes as well as polishing on the technical and performance side of the game. Keep reading to learn about all the changes that are coming to DC Heroes & Villains.

Before we dive into the release notes for the upcoming update, we want to share an updated roadmap, which highlights future releases and a timeline–that is always subject to change–to show the progression of the game. 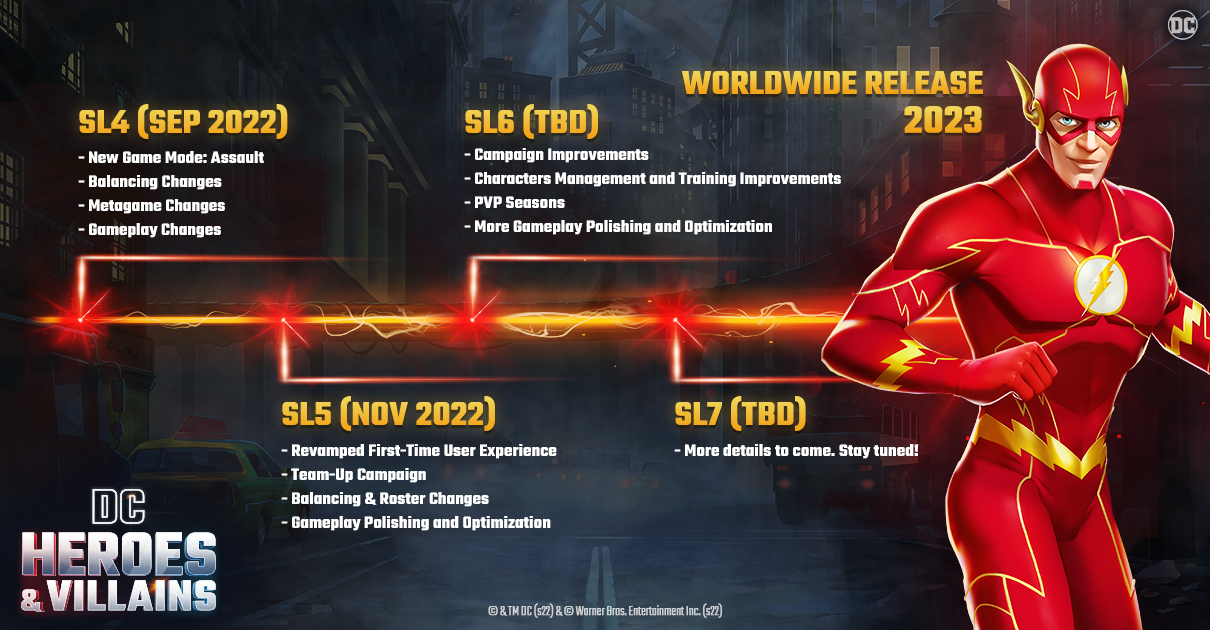 As we continue to test, change, and revamp various elements within the game, the team has decided it would be best to perform another global reset. Similar to our first global reset in SL4, players will be compensated with in-game resources based on progression and monetary investment during the time played since the last global reset.

The progress compensation is based on 3 general factors:

For our paying users, they will receive gems equivalent to how much they’ve invested in-game leading up to the reset.

An in-game mail will be waiting for all players with their respective compensations.

Note: Please contact our support team directly for any questions or issues related to the compensation package. 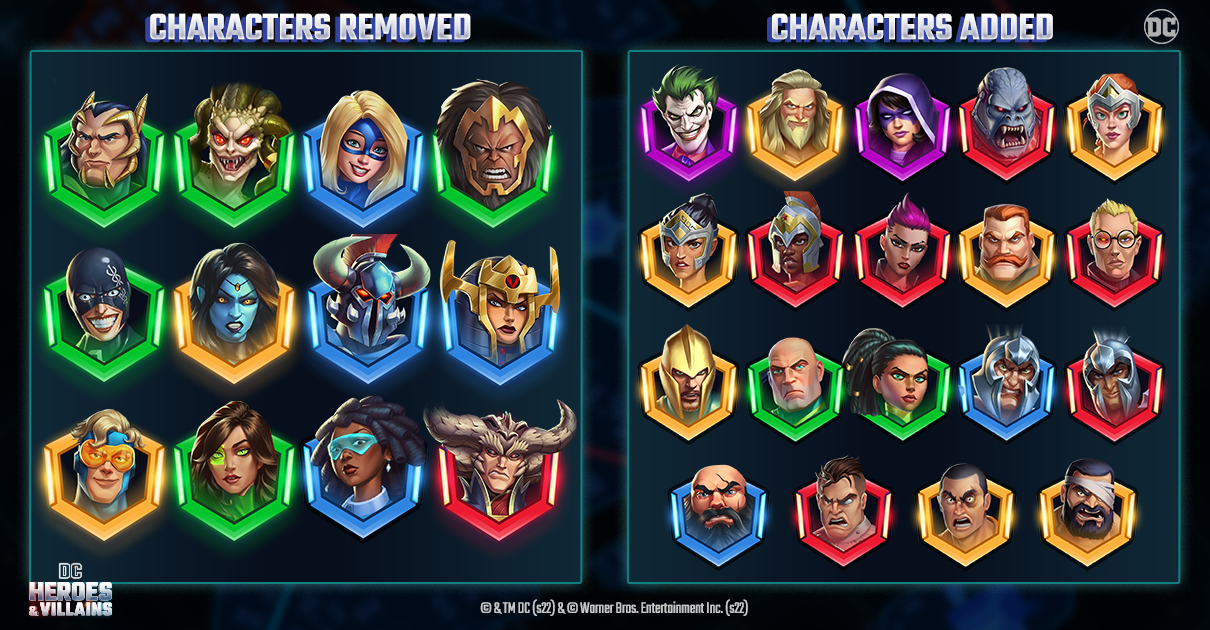 Note: The removed characters will later return in the roster once they are properly balanced.